So what are the risk factors for the development of breast cancer and can we take preventative steps against them? In some cases with the factors listed below, the answer is yes, but in others we have little choice.

Please be aware that the following factors indicate potential risks only, and their presence alone does not mean the disease will naturally follow. Likewise, plenty of women suffering from breast cancer have few or none of these factors present in their lives, so this list is by no means definitive.

While this may seem obvious, it should be made clear that breast cancer is far more prevalent in women than it is in men as they have more breast tissue and are exposed to far higher levels of oestrogen. However, a small number of men do get the disease, so if a man notices any lumps or changes in his chest area, he should consult a doctor just as a woman would.

As a woman ages, her risk of developing breast cancer increases. Under the age of 30, breast cancer is relatively rare, with the risk being 1 in 2,000. Over the next decade that increases to 1 in 215. Between the ages of 50 and 60, the risk increases again to 1 in 22, the following decade it is 1 in 13, and over the age of 70 the risk is approximately 1 in 8. Obviously there is nothing that can be done about the passing of time, but in the UK women between the ages of 50 and 70 are offered regular screenings and mammograms so that their breast health can be monitored.

Various studies have found the following statistics to be true, although it should be made clear that breast cancer can happen to anyone.

Those with a family history of breast cancer (and/or ovarian cancer) are more at risk than others, with one in five diagnosed cases revealing a significant familial precursor. For a history to be considered ‘significant’, this would mean that a close female relative (a mother, sister or daughter) has developed breast cancer, more so if this occurred under the age of 40. If other female relatives (grandmothers, aunts and nieces on the same side of the family) have been diagnosed additionally to a mother, sister or daughter, then this is also considered ‘significant’. A woman who is concerned about her family history should speak to her GP, who may choose to refer her to a genetics clinic for further investigation.

As a general rule, the longer a woman is exposed to the oestrogen hormone, the greater her chance of getting breast cancer. Therefore women who begin menstruation younger than their counterparts, and experience menopause later, are at a higher risk.

Notably, childbirth and nursing are both major factors fighting a woman’s likelihood of developing breast cancer, in that both of these life choices naturally protect a woman from the disease. This is thought to be a consequence of women experiencing fewer menstrual cycles during their lifetime, as both pregnancy and breastfeeding usually halt menstruation temporarily.

Women who breastfeed are at slightly less risk than those who don’t; likewise each full-term pregnancy considerably diminishes the risk of developing breast cancer. Furthermore, the younger a woman is when she first gives birth, the more she is naturally protected from the disease.

Childless women or women who gave birth after the age of 30 are considered to be at higher risk of developing breast cancer. In less developed countries, there are fewer incidences of breast cancer in comparison to a country like the UK, where women actively choose to have fewer children, later in life.

Breast density is not something that can be controlled through diet or exercise, although it does tend to reduce naturally as a woman ages.

It may seem bizarre, but according to recent studies, height is considered a factor, with taller women being at more risk than shorter women. The underlying reason for this remains unclear, but the Million Women Study demonstrated a 17% increase in the risk of getting breast cancer for every 10cm increase in height.

During the time a woman takes on-going oral contraception, her risk of developing breast cancer is slightly increased. A decade after a woman comes off the pill, her risks reduce to normal. Likewise, a menopausal woman taking Hormone Replacement Therapy (HRT) also suffers a temporary increased risk of developing cancer as she is exposed to higher levels of artificially introduced oestrogen and progesterone. Notably her risk increase drops to zero just five years after ceasing HRT.

Gaining a large amount of weight in adulthood (after the age of 18) and/or post menopause has been proven to increase the risk of developing cancer. This is because the higher a woman’s body fat percentage, the higher her levels of oestrogen are thought to be, and the longer she is exposed to that hormone, the greater her chances of getting breast cancer.

It is widely accepted that a healthy diet helps reduce the risk of developing any form of cancer. Although specific nutritional links remain unclear, it follows that diets unnecessarily high in fat and/or sugar lead to obesity, which in turn leads to an increased cancer risk. Experts consider a healthy diet to be varied, and to include plenty of vegetables, fruit, whole grains and pulses. Foods to be limited include red and processed meat, fat, sugar and salt.

Smoking is a well-known cause of lung cancer and various other diseases. Whether or not it is linked to breast cancer is still up for debate. Some studies have suggested that if a woman takes up smoking while she is still young and before falling pregnant, that may increase her risk of developing breast cancer overall. Others imply that the more years a woman smokes and the heavier her habit, the greater the risk over the course of her life. Some studies have attempted to link passive smoking to breast cancer, while others disagree.

As a general rule, smoking is not good for any woman’s health, so it’s better to give up to be on the safe side.

Interestingly, the odds of developing breast cancer have also been linked to the differing patterns a woman might follow if she is working night shifts. Experts have suggested – but not yet proved – that people who are less exposed to natural darkness, instead living in artificial light, may reduce the body’s production of the melatonin hormone, which is thought to be beneficial in the suppression of breast cancer. Others have explored the same theory with the idea that night workers have lower levels of Vitamin D.

Typically night shifts are linked to long hours, thus reducing the amount of time a woman has overall to rest and refresh her body naturally. It is a consideration that those working nights might have a less healthy lifestyle, leading to more incidences of obesity due to poorer diets and less exercise, but this is obviously highly dependent on each individual and it would be unwise to generalise.

Ionising radiation is a recognised risk factor for developing breast cancer. Women who were exposed to radiation therapy in the chest area to treat Hodgkin’s lymphoma, another cancer or a respiratory condition before 2000 (and particularly if they were younger than 30 at the time) are at a considerably heightened risk of getting breast cancer. Young women who have undergone chest x-rays to diagnose tuberculosis or pneumonia are at a three-fold increased risk of developing the disease.

Women with this history should contact their medical team to further discuss screening options.

Endocrine disruptors are chemicals that interfere with the production of hormones in the body. At certain levels they can cause cancerous tumours, but their specific link to breast cancer remains to be fully proven. Some compounds such as certain plastics, pesticides (e.g. DDE), brominated flame retardants and PCBs (polychlorinated biphenyls) appear to mimic the properties of oestrogen, which would be a specific concern for breast cancer. It is important to realise that studies in each of these compounds are on going, so not yet fully proven either way.

For further information, we recommend you consult the following sites: 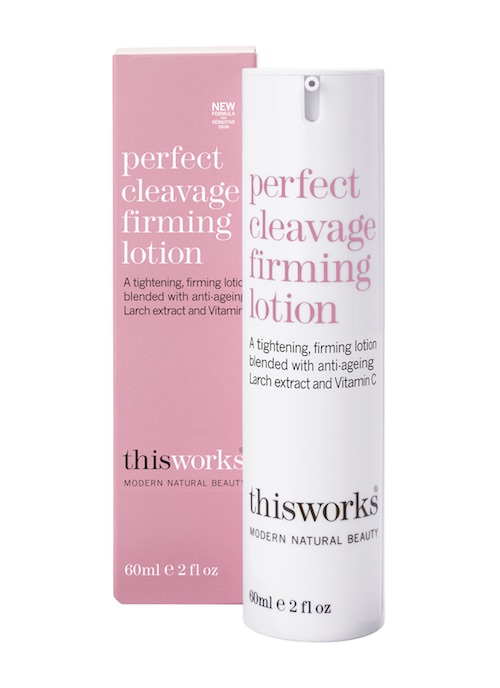